How to build your squad

This article will help you understand how to deploy the strongest possible squad for your battles.

In Tom Clancy’s Elite Squad, every character has a role to play during battle that is based on his/her skills, morphology, and lore. The roles are: Attacker, Defender, and Specialist. Roles define a character’s actions in a battle. For example, a defender will always be in the first line of defense (and therefore have a higher chance of being shot at), while specialists will stay a little further away.

Each role is then divided into subroles, which determine the type of abilities the character will have:

Here is a table of all the roles of all the characters currently featured in Tom Clancy’s Elite Squad: 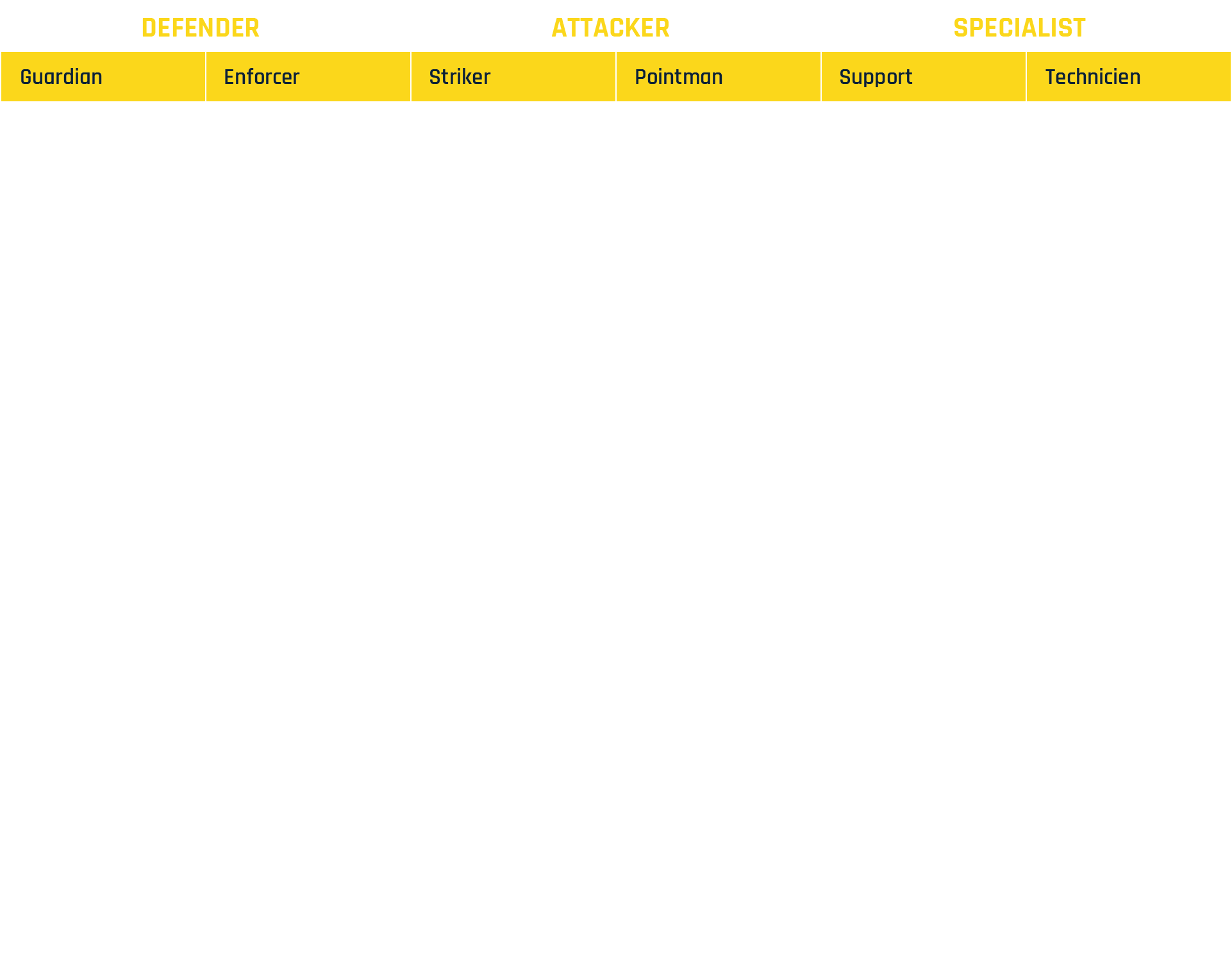 If we take the example of a Technician: his/her abilities will be based on one or more of the following themes: increasing Ability Damage, giving Defensive Debuffs or Crowd Control (restraining the actions of the enemy).

Echo is a Technician. When using his active ability, he deploys a Yokai drone that fires ultrasonic bursts at the enemy, stunning them for a few seconds. This is a “crowd control” ability.

Active abilities are triggered based on a charging system.
Each character also has a passive ability, that is activated only if a certain condition is met during the battle. For example, Charles Bliss’s “Overprotective” ability is triggered only when an ally’s health drops below a certain point. Charles Bliss will immediately taunt all enemies to fire on him, gaining a small shield bonus for all enemies taunted, giving his ally time to recover.

In addition, the Squad Perks feature may grant your squad a team bonus. You can obtain squad perks by combining soldiers belonging to the same faction or with the same character trait in your squad. The more similar characters you deploy, the more powerful their team bonus becomes. For example, deploying 5 John Brown’s Army characters in your squad will grant you a very powerful laser during the battle.

You can also combine two or more squad perks to have additional (albeit less powerful) bonuses instead of just one. For example, deploying two characters with the Resourceful trait will grant them a 15% increase in their chances of carrying out critical hits. Combining this with 3 characters from the SHD will ensure that all characters in your squad immediately cast their abilities when arriving on the battlefield.

Squad perks are cumulative, there are no limits to how many you can combine. Don’t forget, the same character can contribute to squad perks with both their character trait and their faction.

Your mission as Commander

Your role as commander of the Elite Squad is to combine these features to create your strategy and build a devastatingly effective squad: